Inspired by Woody Allen's oft-cited list of 'things that make life worth living' from the film Manhattan, here's my ridiculously exclusive list of the Himalayan heights of beauty and sublimity. These are some of my personal "greatest things in the world."

Greatest Aria: Waltraud Meier's performance of the 'liebestod' (final aria) from Wagner's Tristan und Isolde, as recorded with the Berlin Philharmonic under the direction of Daniel Barenboim (available on CD from Teldec, 1995). No matter how many times I listen to Meier's liebestod, it never fails to destroy me. But it's a "good destruction," as Hemingway would say. This is music as orgasmic transport.


Greatest Jazz Song: Charlie Parker's instrumental version of "Loverman." This is the most awesomely moving couple minutes of jazz that I have ever heard. Listening to it, I feel the vibrations of Parker's saxophone deep inside my chest. The music plays me.
﻿

﻿﻿﻿Greatest Modernist Novel: Ulysses by James Joyce. No reader of this blog will be surprised by this choice. As I've said before, it's the Rosetta Stone of Modernism. It's also funny, sad, and mind-blowingly accomplished. And it's a love story, a book about love, "the opposite of hatred."

Greatest Work of 19th-century Aestheticism: The Renaissance by Walter Pater. The unholy bible of English Aestheticism, this is one of the most beautiful books in the language, a masterpiece of impressionistic prose. More than a book about art, this is a manifesto for living.

﻿﻿ Most Beautiful Painting: The most beautiful painting in the world is Peter Paul Rubens' Moonlight Landscape in the Courtauld Gallery, London. Little-known today, it was revered in the eighteenth century and deserves to be rediscovered. No reproduction can come close to doing it justice.

Greatest Film: Persona (1966), directed by Ingmar Bergman. I could list twenty or thirty of the greatest films ever made (and I'll probably do that in a future post), but Persona is my current choice for the greatest of them all. This is an apex of the art of film, a work as inexhaustible as the greatest novels, as rewatchable as a great novel is rereadable. It's intelligent, erotic, shocking, and always several steps ahead of the viewer. I have never read a satisfying interpretation of Persona--and that might also be a mark of its greatness: the greatest art resists interpretive capture.

﻿﻿ Greatest Live Rock n Roll Performance: Jimi Hendrix at Woodstock. One witness (who inexplicably remembers the Sixties) described Hendrix's version of "The Star-Spangled Banner" as sounding "like the Vietnam War exploding inside your skull." The comparison is apt, for Hendrix performs heavy aerial bombardment on the National Anthem and takes a field full of revelers into the sonic heart of a darkness their country was creating half a world away.

Greatest Romantic Poem in English: "Ode on Intimations of Immortality" by William Wordsworth. A single poem that encapsulates most of Wordsworth and much of the movement he co-initiated. If you haven't read it for a while, re-read it and feel its staggering beauty.

Greatest Opera Ending: The ending of Rigoletto, a magnificent tragic coup de theatre that reminds us of the strong affinity between grand opera and Greek tragedy.

Greatest Portfolio of Portrait Photographs: Richard Avedon's In The American West. When I saw an exhibition of this series a few years ago, I understood that these images were the flipside of Avedon's portraits of the famous and fashionable. These are images from the other America, portraits of the maimed and moneyless victims of the American Dream.

Greatest Visual Meditation on Sex, Power and Death: Titian's The Death of Actaeon in the London National Gallery. One of my criticisms of Camille Paglia's Sexual Personae is that the book almost entirely ignores Titian, an artist whose late work reaches a height of sublime cruelty that Paglia's beloved Sade never achieved.

Greatest Narrative Poem of the Post-Classical Era: The Divine Comedy by Dante Alighieri. I prefer to read the Inferno, Purgatorio and Paradiso in the sublime translation by Allen Mandelbaum.

Most Sublime Image in Western Poetry: The 'river of light' near the end of Dante's Paradiso. Paradise isn't nearly so much fun as Hell, everyone agrees, but this breathtaking image makes it worth the trip. Botticelli and William Blake both tried and failed to illustrate this scene; its beauty is beyond visual representation.
﻿﻿﻿
Greatest Physical Experience: Orgasm. A great, shaking, shattering, consciousness-obliterating sexual climax is all of transcendence we can know on earth, and all we need to know.
﻿﻿
Greatest Renaissance Drama: Hamlet. Four hundred years on, we're still trying to catch up with Hamlet. And just when we think we're winning, we realize he's lapping us yet again.
﻿
Greatest Recent Atheist Book: The God Delusion by Richard Dawkins. Much smarter than Hitchens and much funnier than Dennett, Dawkins is a turbocharged intellectual delight.

Greatest Place for Sacrilegious Sex: The altar of St. Stephen Walbrook, London. Designed by Henry Moore, it's rockhard but otherwise perfect for a quickie. The church is beautiful too.

Greatest Work of Sculpture since Bernini: Rodin's Gates of Hell. Most of the Rodin works that have become curatorial cliches (including The Thinker) were originally conceived as part of this sculptural magnum opus, an elaborately ornamented pair of doors that may well be the greatest work of decorative art since the invention of stone tools.
﻿
Greatest Pop Song: Bob Dylan's "Mr. Tambourine Man." Dylan wrote plenty of songs more mysterious and poetic than this one, but some of the lyrics in "Tambourine Man" are the work of a Wordsworth turned troubadour. Magnificent.
﻿﻿
Greatest Natural Color: The deep blue in the shadows cast by evergreen trees upon freshly fallen snow. 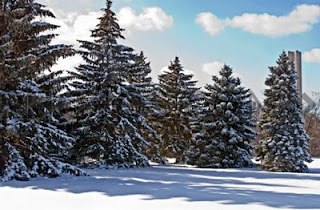 Greatest Artist in the History of Western Art: Pablo Picasso. I consider this obvious and wonder why people doubt it. Why is it unthinkable that the greatest artist in European history lived during our lifetimes? Picasso's works revolutionized not only painting but sculpture, graphic arts and even pottery. In the Western tradition, only Michelangelo comes close to the breadth of Picasso's achievement, but Picasso is more innovative, more revolutionary (this is surely a function of the times in which both men lived). Michelangelo's art records no break with the past as definitive as Cubism, for example.
﻿﻿﻿﻿
﻿﻿﻿﻿﻿

Greatest Writer of the Twentieth Century: Marcel Proust. A la recherche du temps perdu is my candidate for the century's premier work in the art of prose. Read it in English in the deservedly classic translation by C.K. Scott Moncrieff, et al. Other translators have since tried their hands, but Moncrieff definitively captured the organically proliferating Art Nouveau nature of Proustian prose.

The Best of MINDFUL PLEASURES

My latest book, Suicide: A Memoir, can be purchased in ebook and paperback form at Amazon.

My earlier books, Beauty and Terror and The Degas Manuscript, are also available for purchase as Kindle e-books at Amazon.com.

Brian A. Oard is the author of Suicide: A Memoir, as well as a collection of art criticism, Beauty and Terror: Essays on the Power of Painting, and a historical mystery novel, The Degas Manuscript. (Click on the last two titles to read them online.) He is also the creator of the epigrammatical blog Epigrams for Atheists. He lives in the United States, loves London and Paris, and enjoys the cheap objectivity of writing about himself in the third person. He can be contacted by email at baoard@aol.com.