Charles Durning on Acting and Trauma

There's some fascinating information about actor Charles Durning's pre-theatrical life in his New York Times obituary. I've always known he was an actor of admirable range and talent, but only from the Times obit did I learn that he was also a  traumatized survivor of some of the worst of WWII:

His combat experiences were harrowing. He was in the first wave of troops to land on Omaha Beach on D-Day and his unit’s lone survivor of a machine-gun ambush. In Belgium he was stabbed in hand-to-hand combat with a German soldier, whom he bludgeoned to death with a rock. Fighting in the Battle of the Bulge, he and the rest of his company were captured and forced to march through a pine forest at Malmedy, the scene of an infamous massacre in which the Germans opened fire on almost 90 prisoners. Mr. Durning was among the few to escape.

By the war’s end he had been awarded a Silver Star for valor and three Purple Hearts, having suffered gunshot and shrapnel wounds as well. He spent months in hospitals and was treated for psychological trauma.

Late in life, Durning spoke of one crucial wartime experience in an interview with Parade magazine. Quoting the Times obit again:

In the Parade interview, he recalled the hand-to-hand combat. “I was crossing a field somewhere in Belgium,” he said. “A German soldier ran toward me carrying a bayonet. He couldn’t have been more than 14 or 15. I didn’t see a soldier. I saw a boy. Even though he was coming at me, I couldn’t shoot.”


They grappled, he recounted later — he was stabbed seven or eight times — until finally he grasped a rock and made it a weapon. After killing the youth, he said, he held him in his arms and wept.
Mr. Durning said the memories never left him, even when performing, even when he became, however briefly, someone else.

“There are many secrets in us, in the depths of our souls, that we don’t want anyone to know about,” he told Parade. “There’s terror and repulsion in us, the terrible spot that we don’t talk about. That place that no one knows about — horrifying things we keep secret. A lot of that is released through acting.”

Boccaccio, The Decameron. One of the greatest (and funniest) collections of short fiction ever written. There are so many good tales here that I can't possibly choose just one.

"The Fall of the House of Usher" by Edgar Allan Poe. The best Poe is the weirdest Poe, the Poe that will never go out of style.

"Bartleby the Scrivener" by Herman Melville. For me, one of the defining works of the American short story tradition (to the extent that such a thing exists).

"The Figure in the Carpet" by Henry James. It is wondrous to watch old Henry weave and try to guess what warps his woof.

"Ward Number Six" by Anton Chekhov. Hard to choose a single Chekhov story (and there are many I haven't read), but this one is exceptional.

Three Tales by Gustave Flaubert. Again, can't choose one, so why choose? Read all three; they're short and great. Smutty secret: the French title, Trois Contes, puns for "Three Cunts." Think about that after you've read the book.

"Counterparts" by James Joyce. One of the best and darkest stories in Dubliners.

"Tlon, Uqbar, Orbis Tertius" by Jorge Luis Borges. Really everything in Borges's Collected Fictions in marvelous, and the book is an essential part of any library (because it contains every library, and all books).

"The Death of Justina" by John Cheever. One of the greatest American short stories, period. This is Cheever at his most original and most Kafkaesque; after reading this, you won't need to read Don DeLillo, because much of DeLillo's America is anticipated here. If you think you know Cheever but you haven't read this, you don't know Jack about Cheever.

"A Rose for Emily" by William Faulkner. There's something about the narrative voice here that grabs me at the opening phrase and doesn't let go.

"In The Penal Colony" by Franz Kafka. Every time I read it, it's a different story, and every reading seems the first.

"The Terminal Beach" by J. G. Ballard. Everything in The Best Short Stories of J.G. Ballard is worth reading.

"A Small, Good Thing" by Raymond Carver. Minimalism has gone to its cemetery of blank tombstones, but Carver's stories remain, as easy as talking and harder than rock.

"Scale" by Will Self. Self at his outrageous, surreal, satirical best. Laugh-aloud funny and constantly surprising.

"Brief Interviews with Hideous Men" by David Foster Wallace. This novella, broken into story-length fragments in the eponymous book, is a great example of Wallace doing what he does best, voices.

"Helping" by Robert Stone (in his excellent collection Bear and His Daughter). Easily one of the best American short stories of the twentieth century.

"Brokeback Mountain" by Annie Proulx. Read Annie Proulx's Wyoming stories. Read 'em all, in three volumes. They contain some of the finest prose written by anyone still on the upright side of the American sod. She is one tough broad.
Posted by BRIAN OARD at 9:00 AM No comments:

My Desert Island Discs, I guess:

Frank Sinatra, Nothing But The Best (Reprise)

Alban Berg, Concerto for Violin and Orchestra (To the Memory of an Angel), Pinchas Zuckerman with the London Symphony Orchestra conducted by Pierre Boulez (CBS Masterworks)

Anonymous 4, 1000: A Mass for the End of Time: Medieval Chant and Polyphony for the Ascension (Harmonia Mundi)


And although not technically music, very musical indeed:

In Their Own Voices: A Century of Recorded Poetry, poets from Walt Whitman through Li-Young Lee reading their own poetry (Rhino, 4 CDs)

Dylan Thomas, The Caedmon Collection (Caedmon, 11CDs) The definitive collection of Thomas reading works by himself and others, including Shakespeare and Auden; someday, I might have time to listen to it all...
Posted by BRIAN OARD at 12:48 PM 1 comment:

Now that we've entered the time of year reserved for stale fruitcake, inanities from American Greetings, egg nog so thick you'll need a crash cart after three sips, and a seemingly endless manneken pis-like stream of repetitive "best of" lists, I've decided to hop aboard the overloaded bandwagon and make a few lists of my own, not for 2012 but for all time... To begin, here's a list of some of my favorite American poems:

The least-known poem on the list is probably Oppen's "Route," one of the great masterpieces of American poetry. It should be as widely read and known as The Waste Land and "Howl."
Posted by BRIAN OARD at 5:20 PM No comments:

In yet another internet hideyhole, I've found an interesting 2006 interview with Samuel R. Delany (SF legend, literary fictionist, critic, pornographer, theorist, wild man, teacher, and all-around Dude Who Looks Like Santa), in which the Big Man has this to say about the contemporary publishing industry in the wake of its mergermaniacal 'contraction' (a contraction from which nothing of non-monetary value will be born):

Commercial publishers today are far more distrustful of good writing than they have ever been before, and usually won't consider it unless it comes with some sort of ready-made reputation or gimmick. In the last half dozen years, writers have shown me rejection letters from publishers such as Harcourt Brace that actually say, under the letterhead, "We're sorry. This book is too well written for us." This means that competition is of an entirely different order than it was, say, thirty years ago, when such a letter simply would not have been written.

Thanks to interviewer Josh Lukin and to The Minnesota Review for publishing this interview on their website.
Posted by BRIAN OARD at 1:57 PM No comments:

In the spirit of the season, here's a link to a highly eclectic book list composed by a writer who bears a striking resemblance to Santa Claus. Samuel R. Delany, literary novelist, critic, teacher, and living legend of American science fiction, submitted this list to the blog Big Other back in July as part of BO's (there's something I like about those initials...) birthday celebration for William H. Gass (speaking of living legends). Inspired by Gass's essay "Fifty Literary Pillars" (collected in A Temple of Texts), Delany lists some of the books and texts that, he writes, "if I hadn’t read and reread over the years, I wouldn’t be myself." So I suppose we should consider this a list of the books that 'chose' Delany rather than ones he chose. An excellent criterion, and a very interesting, surprising list that doesn't contain too many of the usual literary suspects. Check it out. (And note that #32 on the list is Delany's former spouse.)

Posted by BRIAN OARD at 2:30 PM No comments: 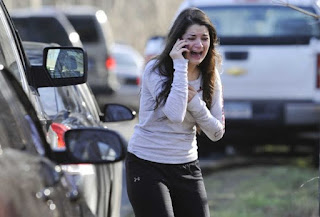 How many more times will we say
Again 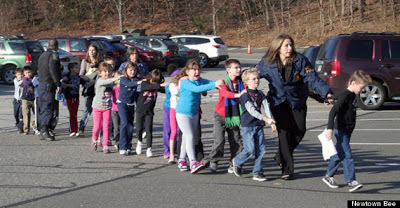 Ten Literary Sentences That Will Never Be Spoken

Posted by BRIAN OARD at 3:12 PM No comments:

My books Beauty and Terror and The Degas Manuscript are now available for purchase as Kindle e-books at Amazon.com.

Brian A. Oard is the author of a collection of art criticism, Beauty and Terror: Essays on the Power of Painting, and a historical mystery novel, The Degas Manuscript. (Click on the titles to read them online.) He is also the creator of the epigrammatical blog Epigrams for Atheists. He lives in the United States, loves London and Paris, and enjoys the cheap objectivity of writing about himself in the third person. He can be contacted by email at baoard@aol.com.